Palenick and Council Cronies to use strong arm tactics

Over in the county seat, Gastonia citizens are experiencing yet another turn from the litigious-minded city manager, Jim “Big Plan” Palenick. 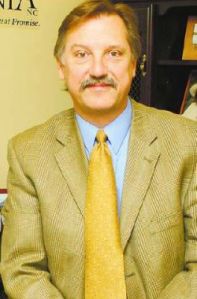 Why not force a business to GIVE their land to the city through the eminent domain process granted to public entities? The issue is the bank building and land within “Big Plan” Palenick’s downtown renovation. The city wants the land for the “public good”, the bank wants fair market value for the property. The city says the fair market is only UP TO $600,000, the bank disagrees. Three members of city council have sided with the government – well, that’s all it takes – now it appears the citizens of Gastonia will be headed for court.

What a great use of taxpayer money! Something continues to stink in Gas-town.

“W” Presidential Library – the inside edition 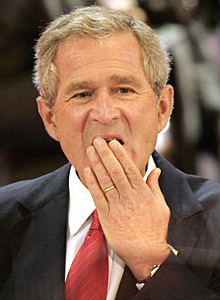 George W Bush Presidential Library is now in the planning stages. You’ll want to be the first at your corporation to make a contribution to this great man’s legacy. The Library will include:

Last, but not least, there will be an entire floor devoted to a 7/8 scale model of the President’s ego.

To highlight the President’s accomplishments, the museum will have an electron microscope to help you locate them.

When asked, President Bush said that he didn’t care so much about the individual exhibits as long as his museum was better than his father’s.

Have Coffee & Conversation With Local Legislators on April 11

and Rep. Wil Neumann are scheduled to participate in a Chamber Coffee & Conversation

Coffee and juice and a light breakfast will be provided starting at 7:30 a.m. The program will start promptly at

8 a.m. and end at 9. The cost is $5 at the door. Registration is requested by email to info@belmontchamber.com.