Just wrote an inflammatory headline to see if ya’ll were paying attention.

But, there is an issue brewing with the popularity of the downtown area with young and old alike.

Stowe Park has long been a gathering place for students from the junior high/now, middle school, immediately after school each day from about 3:05 to almost 6:00 PM.

After the Central Avenue bridge was renovated in 1992-1993, the Belmont Public Library saw a huge increase in the after school “attendance”. The library created a policy for behavior and time limits for this new attendance pattern.

Successive Belmont Middle School principals have had varying levels of success with afterschool clubs and activities, all pretty much completing by 4:00 PM each day.

With the opening of the Belmont General Store and Caravan Coffee Shop, students began flocking to these venues as well as the library and park area. 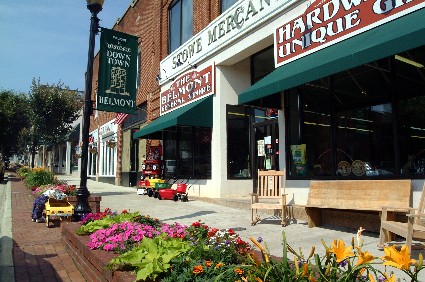 Parents began “allowing” the children to go to these places afterschool. Many of the children getting “freedom” after years of afterschool child-care type programs aged them out of their licensing focus. Parents saw this freedom as also freedom from the financial burden of child-care.

So, the community must now bear the added cost of more police officers patrolling downtown Belmont and Stowe Park. As Chief James claimed in a letter to Middle School families, patrolling the park is taking away an officer from [more important] other duties during their shifts.

Caravan Coffee and the Belmont General Store, for all the goodwill that is done by these businesses, have had to call in the police to deal with the behavior of more than just a few kids at times.

The opening of the pavilion at the top of the hill in Stowe Park has contributed to a growing crowd of kids, particularly on nice days.

So, what can be done? The BannerNews did an article about the issue in last Thursday’s paper:

We are suggesting that the school take a more proactive approach toward afterschool “latchkey” children. “Latchkey” is a terminolgy for children who carry their housekey to let themselves in at home while the parents or guardians are away. It was also used by some political elements to stigmatize children of families who have both parents in the away-from-home workforce.

Community groups such as the the YMCA, Boys and Girls Clubs, and others have offered programs for years, specifically designed and geared to the ‘tweens and early adolescents of a community. Many times these programs meet until 5:30 or 6, but not every day. The school itself offers many clubs that meet from 3:15 to 4:00 PM, only closing down when the teacher-advisors vacate the buildings around 4’ish. Team sports generally take place from 3:15 to 5:00 PM and when games are held, large student crowds are present.

Grants are available to offer teachers incentives to stay longer to develop interesting programs and activities.

We agree, this is a particularly difficult age of student to engage. Chief James singles out the skateboarders for example, as a negative impact.

The negativeness of skateboarding and inline skating (called “boarding, or “skaters” respectively) is because the community doesn’t generally take kindly to young (mostly) boys who like individual challenges as opposed to the traditional ‘team sports” approach of engagement.

Girls like to gather in small groups to socialize, and where would that be? Close to where boys hang out – be it on the ball field or in a park area. 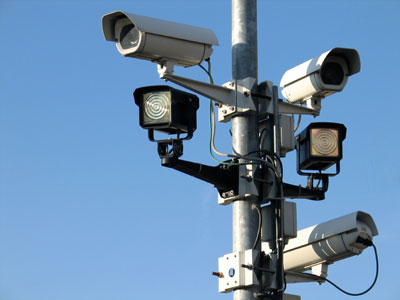 The Belmont Parks and Recreation director’s comments about setting up surveillance cameras in all the parks is short-sighted and not going to accomplish a P & R goal of engagement. It will just send the students “somewhere else”.

One of the Belmont P& R department’s long term goals was to develop and operate a skate park. Now that the bond referendum has passed, it is time to move this project forward rapidly. Of course, if the placement of such a park is farther away from the prospective user group — middle school aged children– the less impactful it will be in the long run. We have long recommended that the lower (unused) tennis courts at Davis Park be the site.

It is time for the elements to match up and get a comprehensive series of goals and action steps into place. We suggest that the four main groups — the school, downtown merchants, parks and recreation, and students (along with their parents) — develop this plan. It would be wise to include the police department after there is consensus on the “self-policing” process before the law enforcement brings its heavy hand to bear on the result.

Belmont wrapped up its second consecutive Gaston County Middle School softball title Monday with a 9-2 victory over Cramerton.The Wildcats (9-1) will host Grier (7-3) in a semifinal game at a date to be determined today.

The other semifinal will have Chavis (8-2) hosting Mount Holly (7-3), which was idle Monday.

*Belmont 9, Cramerton 2 — Emily Tucker struck out 11 in the win for Belmont.

*Chavis 14, Bessemer City 4 — Sara Grace Allen 3-for-4 and Maia Black went 2-for-2 for the Wolverines. Leah Sturgill picked up the win for Chavis.

*Southwest 11, Holbrook 9 — Diana Macon had three hits while Sarah Bridges and Cearra McDuffie had two hits each in the win for Southwest. Stephanie Coe was the winning pitcher.

*Grier 11, Stanley 1 — Heaven McLear went 2-for-4 and earned the win on the mound and Emily Long added a pair of hits for Grier.

reported by the Gaston Gazette

Our contributing fans from the Belmont Middle School sports “department” have submitted a couple of photos of the current softball team.

The team is doing well, recently beating Grier MS, 6-3. The girls are 8-1 on the season and we think that the playoffs should be starting soon.