Keep Belmont Beautiful continues to serve the community through education and involvement. 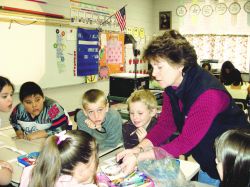 A recent Gazette “submitted” article talked about a program delivered at North Belmont elementary school that was funded by a grant called, Planting the Seeds of Learning.

We applaud the efforts of the small group of volunteers, all neighbors and friends, who give their time to help KBB in its education and prevention efforts throughout Belmont.

Volunteers can help, and they don’t have to wait for designated “cleanup” dates to get involved.

When walking through town, take a paper bag or a recycled plastic (ok, Walmart, yeah) bag and pick up bits of trash as you walk. You can call Keep Belmont Beautiful to report your time walking and trash-pickup efforts and receive volunteer “credit”. KBB also receives recognition from the Keep America Beautiful for the number of volunteers who become engaged in beautification efforts.

So, how about it Belmont? Pick up a bit of trash as you gain fitness benefits by walking, and help keep this community we love clean and welcoming.

Keep Belmont Beautiful, an affiliate of Keep America Beautiful, has been using the proceeds from a Community Foundation Grant to help educate third graders in Belmont about environmental issues.

This grant, entitled Planting the Seeds of Learning, is being used to provide a monthly program to North Belmont and Belmont Central Elementary students.

Volunteers needed to pick up litter around town, along waterways

Two local environmental organizations will participate in massive community cleanups Oct. 6, and it’s not too late to get involved.

Up to 300 folks around Lake Wylie will pick up trash and debris along the banks of the lake in the Catawba Riverkeeper Foundation’s River Sweep. Two of the six River Sweep meeting points are in Belmont — at Harbortowne Marina and the Seven Oaks Bridge on South New Hope Road.

“We need all the volunteers we can get,” says CD Collins, the Gaston County Regional Cove Keeper who lives on Catawba Cove on Lake Wylie. “You can never have too many people to help.”

Both Big Sweep/Litter Sweep and River Sweep started six years ago and are part of a statewide grass-roots campaign focused on community cleanups.

On Lake Wylie, volunteers will meet at six points around the lake to register and pick up gloves and trash bags. Ferried to cleanup sites by pontoon boat, volunteers will move to different areas of the lake throughout the morning. Volunteers who meet at Harbortowne and Seven Oaks will work along the South Fork River, Catawba Creek and along the main channel’s shoreline.

Trash will be unloaded onto a lake barge from noon to 1 p.m. Then volunteers can enjoy a party at T-Bones on the Lake at the Buster Boyd Bridge. The celebration includes free food and drinks and a raffle with prizes donated by local businesses and communities.

“We’re counting on the ability to get ashore and to pick up more trash,” he says. “We never like to see the water down, but it will assist us in getting more debris picked up.”

In Belmont, volunteers will meet at 8:30 a.m. in Stowe Park to enjoy hot chocolate, coffee and doughnuts. Cleanup efforts will begin at 9 a.m. and last up to 90 minutes. 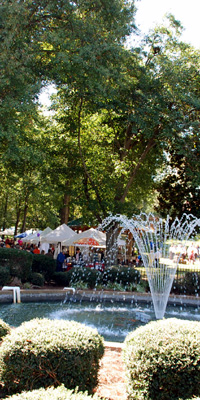 “For a small town, we’re excited to have about 100 volunteers,” says Keep Belmont Beautiful Director Judy Closson. “We’re expecting Boy Scout and Girl Scout troops, the Beta Club from Belmont Middle School, the Belmont Woman’s Club, volunteers from Keep Belmont Beautiful, firefighters, the police academy and many other people in the community to help.”

Big Sweep/Litter Sweep will focus on Belmont’s worst trash areas first, then branch out to areas less plagued with debris.

Some volunteers also will work at the Gaston County Recycling Center off South New Hope Road in Belmont by handing out free tarps and educational brochures to owners of pickup trucks.

“We’re trying to get the word out that they’re supposed to have their load covered, even if it’s just a small load,” says Closson. “That’s where a lot of our trash on the roadways comes from, from things blowing out of the back of trucks.”

Many Keep Belmont Beautiful volunteers have helped out for several years running, but with all the people moving to town, Closson sees new faces every fall.

“People take pride in Belmont,” she says. “They don’t want to see litter laying around and they’re willing to get out and do something about it.”

• The Catawba Riverkeeper Foundation will sponsor River Sweep on Oct. 6. Volunteers will meet at six areas around Lake Wylie, including Harbortowne Marina and the Seven Oaks Bridge in Belmont, to clean up banks. Hours are 9 a.m.-noon. A free party at T-Bones on the Lake will follow at 1 p.m. For details on how to volunteer or to donate a raffle prize, call Gaston County Regional Cove Keeper CD Collins at 704-825-3588.

Source Article by Leigh Pressley of the Charlotte Observer