The two young men who were arrested for vandalizing 76 cars and homes last summer, were sentenced on Friday.

Christopher Allen Bostwick, 19, of Belmont and Timothy Michael Pressley, 18, of Cramerton were sentenced to 200 hours of community service and required to pay restitution of $12,000.

Jail time was avoided by both men, many of the homeowners and/or insurance companies wanted to be reimbursed for the damages. The reasoning was that if the men were jailed, they would not be able to pay back the damages.

The judge threatened both offenders that if they were caught in as much as a moving violation, they would be sent to jail.

Guess that wraps up the justice in their destructive silliness… 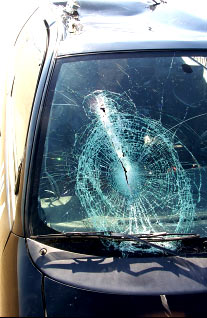