Giving to charities? Do some checking first

It is important that you know to whom you are donating your hard-earned money when giving to charitable organizations. 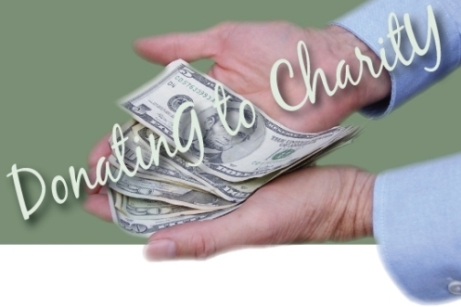 This past Sunday, the Charlotte Observer ran an article by Amy Baldwin highlighting the importance of checking out the organization before you write them a check — or give cash. We have republished the article below:

During the holidays as consumers dash to shopping malls, charities ramp up their fundraising efforts. Eighty percent of charitable funds are raised in November and December, according to the Better Business Bureau.

How do you know if a charity is using your money wisely? How can you check out a group before contributing?

Do some research (it’s easy, especially online) and use some common sense (if a group gives you the hard sell to give on the spot, consider it a red flag). A quick check of the Better Business Bureau Web site, for example, will indicate if a charity — national or local — is in good standing.

To start, call the charity and ask what it does with the funds it raises and how much goes to programs versus overhead. If you are approached in person, ask the solicitor your questions, and ask for promotional materials you can look over at home. Any reputable organization should be ready and happy to provide answers. If not, you have reason to be wary.

Guidestar.org publishes the federal tax returns (called the Form 990) for thousands of charities. While a charity doesn’t have to pay taxes, it still must file a return with the IRS. And a 990 contains a lot of information, including total contributions and expenses, assets and liabilities and compensation of officers.

Some charities provide links to their 990s and other information on their Web sites. United Way of America and the American Red Cross, for example, have their 990s, annual reports and audited financial statements online (www.unitedway.org, www.redcross.org). One of the BBB’s standards for accrediting charities calls for organizations to provide this information online.

The BBB keeps what it calls reliability reports on thousands of national and local charitable organizations. In fact, it has been evaluating charities longer than it has businesses — since the 1920s versus 1950s, said Tom Bartholomy, president and CEO of the BBB of Southern Piedmont.

To be a BBB-accredited charity, the organization must meet 20 standards covering fundraising, finances, governance and oversight. For example, a charity must spend 65 percent of its annual budget on its program. The remaining expenses can be for administrative, overhead and fundraising costs.

Another requirement: A charity must take several steps to ensure donors’ privacy, a standard that the BBB says Charlotte’s Crisis Assistance Ministry, whose mission is to help people out of financial crises, failed. That was news to Doug Hartjes, the group’s development officer. He said the BBB’s information was out of date.

“We cover all that in our privacy statement online. We don’t share our donors’ information with other agencies,” he said. Crisis Assistance does have a privacy policy statement online (www.crisisassistance.org). Hartjes said he would follow up with the BBB to see how or if his organization really fell short.

Likewise, the Charlotte chapter of the Red Cross says the BBB has old and incorrect information and that it is incorrect in saying the organization fails at five standards. In both cases — the Red Cross and Crisis Assistance — the BBB says it is an agency’s responsibility to update it with current information. The BBB sends a letter to an organization letting it know that it fails to meet standards, so there’s no reason for it to not know that, Bartholomy said.

The BBB’s online reports contain pie charts breaking down expenses. They also have the charity’s contact and leadership information, staff size and purpose. The BBB bases its reports on information from charities, namely 990s, and internal and external audits. If a charity doesn’t respond, the BBB says so on its site.

About 30 percent of local charities have not responded, according to a recent news release from the BBB of Southern Piedmont. That includes big names such as the Charlotte command of the Salvation Army and the Charlotte chapter of Make-A-Wish, both of which say they never got the packet of materials the BBB says it sent.

Major Todd Smith of the Salvation Army and Selena Rogers, president of Make-A-Wish, said they question the validity of the BBB’s entire database on charities. Smith said the BBB sent its request to its old address, which the group left 18 months ago. Rogers added that had her organization would have had no reason to ignore the BBB, especially since some of its standards (80 percent of expenses must be program related, for example) are higher.

Bartholomy said the BBB tries to reach charities three times before saying that they did not respond. In the case of the Salvation Army, the group did not respond to years of previous efforts by the BBB, well before its move, he said. BBB has reached out to Make-A-Wish for several years as well, he said.

The BBB doesn’t want to give a charity a bad name, especially during their busy season, but donors deserve to feel confident about their contributions, Bartholomy said.

“Charities have an obligation to be open and transparent so that the public can make confident decisions when donating money,” he said. “While failure to disclose doesn’t necessarily mean the charity is unethical or hiding something, it should raise a red flag for potential donors if a charity is holding back information and not being up front.”

The Better Business Bureau of Southern Piedmont says that 44 charities in its 20-county area have not responded to requests for information needed for the reliability reports it issues. That represents about 30 percent of the 150 charities in its database:

• The Arc of Mecklenburg County Inc.

• Love In the Name of Christ

• Youth With A Mission

Tips before you give

Here are some tips from the Better Business Bureau and Bennett Weiner, chief operating officer of the BBB’s Wise Giving Alliance, a national charity watchdog group.

• Make sure you understand the charity and its purpose.

“Many people make assumptions on charities based solely on their name or because it is a well-known organization. That doesn’t mean the individual is on the money about what programs they will be supporting,” Weiner said. You should be able to find a charity’s mission clearly stated on its Web site or on the appeal it sends via mail or e-mail.

When an unfamiliar organization asks for a donation, check the BBB (www.bbb.org/charity) for a report on it. Remember, there are more than a million charities in the U.S. You can’t be expected to know each one intimately. If you are solicited at the mall or on the street, ask for the charity’s name and address and get full identification from the solicitor. Ask to see written information on the charity’s program and finances.

• Know how much of your donation actually helps the charity.

It is important to know how much of an organization’s money is going to its good works and how much to administrative overhead. You don’t need to base your entire giving decision on the numbers, but make sure you are comfortable with them, Weiner said.

Starting this year, charitable donors must have a record of all cash donations, no matter how small, to claim their tax deductions. Every cash contribution must be verified by a canceled check, credit card or bank statement or receipt from the charity. In the past, standards were looser for contributions less than $250.

A word on churches

Churches receive a lot of donations. The BBB and Guidestar provide info on church-affiliated charitable organizations, such as Catholic Social Services, but not the churches themselves. What to do? Call your church business office with your questions or attend a financial committee meeting.

How to check out a charity

Look up whether a local or national charity is in good standing with the Better Business Bureau or if it has complaints lodged against it or if it hasn’t disclosed the information requested by the BBB to evaluate it.

If you simply want to check that a group is considered by the IRS to be a charity, so that you can take tax deductions for your contributions, check the IRS Web site. Go to www.irs.gov and click on “Charities & Non-Profits,” then “Search for Charities,” and then “Search Now.”

• Go directly to the charity.

Some groups provide links to their 990s as well as their annual reports and audited financial statements on their Web sites.

You can also call the charity with your questions and to ask for a copy of its annual report or 990. A reputable one will understand you want to know where your money is going.

How to pick a charity: One couple’s story

“We said, `This is getting out of hand. We’d rather just give to charity,’ ” said the 35-year-old Charlotte commercial real estate appraiser.

Every year at the holidays, Leonard and husband Kevin give $300-400 to the Charlotte Rescue Mission, a Christian charity that runs residential chemical dependency recovery programs for men and women.

Leonard recalls doing some research on Guidestar.org, a Web site that publishes the tax returns of charitable organizations. It’s there that she thinks she read that the Charlotte Rescue Mission doesn’t take government funds. That was appealing, she said, because that means the organization is free to act in the best interest of the community.

A quick check of Guidestar shows Leonard was right. The Charlotte Rescue Mission doesn’t take government money. On its 990s, the field for government funds was blank.

Tim Troutman, donor services supervisor, said that while some Christian charities accept government money, they might have to change their program to get it, and Charlotte Rescue Mission doesn’t want to do that. “We attribute the success of our program to the fact that we are a Christian organization,” he said.

5 thoughts on “Giving to charities? Do some checking first”